This is the first installment of our new series on in-house SEO in which we’ll dig into the operational challenges and opportunities that managing search engine optimization in-house presents.

I’m a big fan of managing SEO in-house, yet, I usually find that doing 100% of the work in-house is not the best approach for most businesses. Even the best companies and top SEO teams around the globe still outsource a few things.

As you’re rolling out next year’s budgets, let’s look at a few scenarios I often come across in my work running SEOinhouse.com where it can make sense to augment your in-house team with external partners.

Scenario 1: You haven’t done SEO yet (or in a while) and are just getting started

For a large enterprise organization or a complex site, I recommend an SEO audit to know the problems you’re dealing with – a technical audit and a non-technical audit. If your in-house SEO manager has the skills, and the time, then do it in-house. If they don’t, then outsource it. This will give you a big-picture view of the problems to fix. From there, tackle as much as you can in-house. Simultaneously you need to train everyone company-wide. This is a lot to do all at once, so to get things done faster savvy managers bring someone in to handle either the audit, implementation on the site and/or the training. It’s also great to start with an audit because it will tell you what skills you need to inhouse or as an external partner.

For a small organization with a less complex website, start reading up on SEO, attend training and address all the basics you can. If you have a smaller budget and can make the time, go ahead and fix everything you learn are issues. Then bring in someone for an audit that will address more complex issues. I don’t recommend engaging in a full-year contract until you know what the issues are. Once you get an audit, then you can decide how you want to tackle the recommendations for the rest of the year and who would be the best partner for the problems you need to solve. The reason I recommend doing as much as you can in-house, is that it’s often a better use of tight budgets. You want your consultant or agency spending their time on intermediate and advanced issues, not the very basics, much of which you can do on your own.

Scenario 2: You’ve been doing SEO for a while and wonder what more you could be doing

This is the no-brainer time to bring in a fresh perspective. Even the most senior managers do this on a regular basis – sometimes once a year or every other year.

Scenario 3: You’re struggling to get non-SEO teams to do their share of SEO and to get the SEO team included on projects

This is when bringing in someone from outside the organization can move mountains. Everyone knows that bringing in a third-party somehow makes everyone listen. I faced this when I was an in-house SEO manager all the time. If you’ve just started at your company, you have about three to six months to be that “outside voice.” After that, SEO managers don’t seem to have the same level of influence to affect change.

Particularly for large organizations, look to bring in someone who understands how to drive a change in behavior in non-SEO teams, not just someone who can talk about SEO.

Scenario 4: You have a big project on top of existing maintenance

In this case, most companies bring in outside help when it’s a three- to 12-month project. Either a consultant or agency will handle the major project or ongoing maintenance. Anecdotally, I’ve seen the consultant or agency typically handle the big project, rather than ongoing maintenance. To me, the big project is often easier to outsource. Ongoing maintenance is a lot of little pieces, tiny changes and often requires working with different people in the organization to request changes to tickets and finalize SEO requirements. That can be a lot to wrangle when you’re external.

Scenario 5: Traffic fell and you’re not sure why

This is another obvious time to bring in a fresh set of eyes to identify what may be holding back your SEO program.

Scenario 6: You need resources built out

We have a client at a big brand who just started their program. There is no SEO reporting in place, so we recommended an analytics consultant to come in and set up reporting that pulls in data from Google Search Console and their analytics system into a data mart.

Robust, enterprise-level reporting is complicated. If your company doesn’t have resources to set up reporting that pulls in feeds, it just might make sense to add it as a line item in your budget.

Sometimes you just have complex situations that creep up, and you want to make sure you get it right. Having someone to reach out to will save you a lot of SEO problems and possible revenue loss.

Recently, I worked with a company looking to have an outside review of some code changes before they went live. The client sent us a link of a pre-production pages asking if the JavaScript was done right. It’s a good thing they did because the code was not right. They were expecting a traffic lift from the changes but would have seen a traffic drop.

Scenario 9: You need a second opinion

There is nothing better than talking through a challenging situation with someone else to identify the risks and requirements. A year ago someone called into our “SEO office hours” with a complicated situation. We talked through what the business wanted to do, looked at the site, identified the risk, guesstimated potential traffic loss and defined the SEO requirements. He had been mulling it over for a couple of weeks, but we knocked it out in less than an hour. Just having someone to go to will allow you to get more work done in less time.

XML sitemaps have a few strict requirements, and I find a lot of SEO teams end up doing this themselves (outside of development). In these companies, it often makes more sense to just outsource it. Perhaps your XML sitemaps from development aren’t great and you want to create your own using rules to have the flexibility to make changes outside of development resource limitations. It may cost more upfront to outsource, but sometimes the in-house development team may not have the skillset or time to generate effective XML sitemaps.

When you need a large amount of content created, this is often best outsourced. It may be that you don’t choose a content agency, but work with the brand team’s preferred writers (which tend to be more expensive). For example, an e-commerce client with a very strict brand voice tested less expensive “content” agencies and found it was just going to be too much work to edit their content. They found it would be better to pay more for a writer that could produce something that the brand voice owners would approve.

I recently heard from a company with a budgeting process that included estimating what it would cost to accelerate their roadmaps. They estimated with they generate with a budget of $X million next year. And then evaluated what the return could be if they spent $Y to accelerate throughput.

I also want to point out that these scenarios are what I see senior-level SEO teams outsourcing, including some of the best teams in the world. Outsourcing isn’t only for less experienced in-house teams. These are teams who probably have the chops to do everything in-house. Yet, they recognize that they can add more velocity to their efforts by adding external partners.

As you start planning out your budget for the next quarter or next year, evaluate your SEO headaches and time wasters and consider how the above projects could help clear your plate or kickstart a few things that you have not been able to get off the starting line.

Jessica is Editor at Large at Search Engine Land and the founder of SEOinhouse.com, a company on a mission to make in house SEO simpler. She is a leading advocate of in house SEO, started in house SEO programs at Enterprise Rent-A-Car, Business.com and Yahoo! Inc.
CategoryWebsite SEO and Digital Marketing 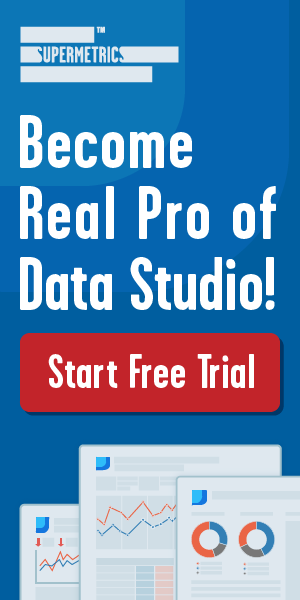